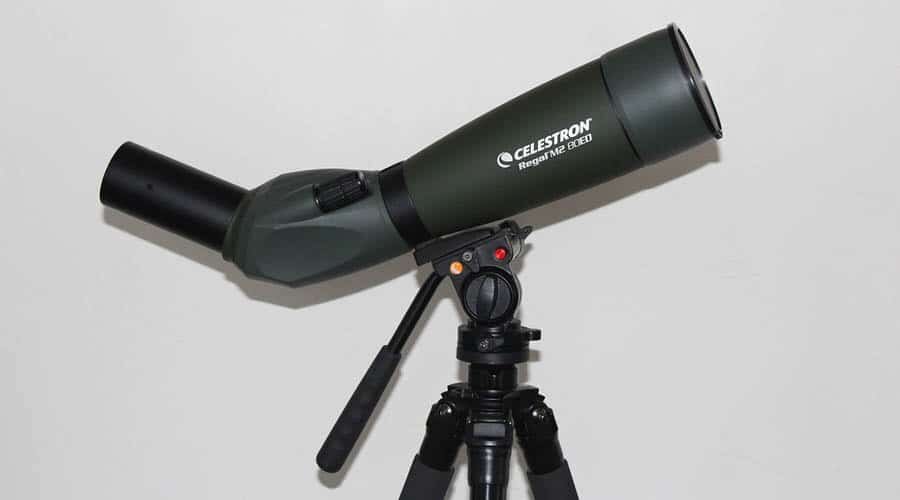 Meade and Celestron are two of the best known brands within the astronomy field. If you’re looking for a new telescope, then the likelihood is that you’re going to come across either of these two brands (as well as Orion telescopes too).

It can be really difficult to know which of these brands is the best for your needs. In all honesty, there isn’t too much between them, though there are some things which might make you want to opt for one brand over the other.

So taking all things into consideration, let’s take a look at these two brands and try to determine which one would be a better choice for you.

Aside from a few select models from each brand, they mainly deal in cheap telescope. For example, with Meade they offer the LX90 which is one of the best options around for advanced astronomers in my opinion. But for the most part, both of these brands specialise in cheaper, entry level telescopes.

Meade has a good reputation in the US, but there have been an increase in complaints over the past decade in comparison to what it was before. They’re still the biggest manufacturer of telescopes worldwide however, so don’t rule them out of the equation.

Both of these brands tend to try and make the best beginner telescope they can, with a focus on primarily small refracting telescopes and larger Dobsonian or Newtonian models. Let’s look at both brands a little closer.

Meade and Celestron are both top brands in the telescope business. It does not seem Meade is any better or worse than Celestron as both make great products that can last a life time with proper care and use. However, Meade’s prices are much higher compared to Celestron, which may help you decide what brand to go for.

Meade, or Meade Instruments, are an American company that have been around for almost 50 years now. Whether you’re looking for a telescope with a large aperture or a specific focal length, they’re sure to have something that will suit your needs. Generally, they’re considered to be the same standard as Celestron, as well as the other competitor with the same target demographic, Orion.

Meade telescopes are generally known for their Newtonian or Cassegrain design, which is what the company are well known for – reflector telescopes are some of the most popular amongst beginners. But, they have a whole range of products to choose from when you’re looking for a scope that can see into the night sky, which includes refractor telescopes too.

The LX90  is one of Meade’s best selling telescopes. If you want to go for a step up on the low range entry level scopes and you’re happy to invest a little more, then the LX90 is one of the first models you should consider.

Although the LX90 might appear to be for advanced users, it’s actually incredibly easy to use, even for the beginner or novice astronomer. This is in part due to it’s slow focal ratio, which makes it extremely tolerant of a variety of different eyepieces. It’s a great user friendly telescope, especially if you compare it to others in the same price bracket.

Slow optics doesn’t mean that the scope is slow itself – its actually one of the fastest telescopes to navigate, due to it’s design. A slow focal ratio refers to the speed of the optics itself – the LX90 has a focal ratio of f/10, which means it’s relatively slow and easy to use for planet observation. The Auto Align GPS allows you to locate over 30,000 different objects in the sky extremely easily.

One of the negatives about the LX90 is that it’s a nightmare to move, so it’s not suitable if you’re looking for something portable. Although I do like the Meade LX90, it is quite expensive. You could also consider my list of favorite telescopes or if this one is out of your price range.

When you’re considering most of the brands in astronomy, then Celestron is usually the first one that comes to mind. They have a good selection of telescopes, with most of them being at the cheaper end of the spectrum too. In terms of amateur astronomy, generally Celestron telescopes are considered to be one of the first telescopes you should look for.

Generally, there isn’t much of a difference in quality between the two brands. Celestron have a really good variety in terms of the style of telescope that they offer – you can find a good amount of refractors, reflectors and Cassegrain telescopes with Celestron.

Another area where Celestron are considered to be one of the better options are if you’re looking for higher end telescope mounts. Although they have a wide range of different mounts to choose from, they’re probably best known for their AVX mount. So, they’re probably the first brand that any amateur astronomer should look for.

It’s not often that you say that the Celestron 8SE  is the cheaper option, as it retails at around $1000 itself. However, for keen astronomers this isn’t a massive price tag, and the 8SE certainly warrants this. The Nexstar series is known for it’s orange optical tube, and it would be a good option for those looking for a first telescope.

There are a few reasons why the 8SE has become one of the most popular telescopes for astronomers. It’s very portable, which you wouldn’t expect from such a big bulky telescope. This means that you can easily move it around, which is ideal as with the majority of big telescopes, this can be a nightmare. It’s also very easy to set up, which if you compare to your average Dobsonian telescope, is a nice relief.

It’s a Schmidt Cassegrain telescope (check here if you don’t know difference between Cassegrain and a Dobsonian), which generally is accepted as a good choice for intermediate to advanced astronomers. Newbies are better of sticking with reflectors and refractors for the most part. It has an 8 inch aperture as the name suggests, which makes it ideal for those looking for a good magnification (using it with an eyepiece is a good idea also).

Celestrons SkyAlign technology makes this very simple to use – although I say Cassegrains are generally better for more advanced users, that’s mainly down to the cost. If you have the cash to spend, then it could be worth picking up a telescope like this one, as it’s really easy to you the starfinding feature. The image quality is pretty awesome, too.

From a negative perspective (it’s only fair), it can be a little noisier than what people expect. Because it’s a computerized telescope, this can cause it to make more noise than a standard scope. Though aside from this, they do tend to make for excellent telescopes.

So out of these two telescopes, the 8SE is the cheaper and lighter option of the two, which is important. There are actually the 6SE and the 5SE to consider too which have the same high quality optics, just with a much lower aperture and a lower price. They could prove to be the better choice for amateur astronomers on a budget.

But, back to the two brands we’re comparing – is the LX90 better in terms of optics that it warrants a higher price tag? Well yes, in my opinion it is that little bit better, and if you have the extra cash, then it’s worth opting for the Meade LX90. It’s perfect if you have the budget for advanced telescopes, and want the ability to see bright planets.

Overall, Meade and Celestron are both brands that you’ll want to consider if you’re looking for an entry level or mid range telescope. If you want a better telescope than this sort of level, then you’ll need to be more careful with your decision – these two brands do have some good models, but you can also consider other brands too.