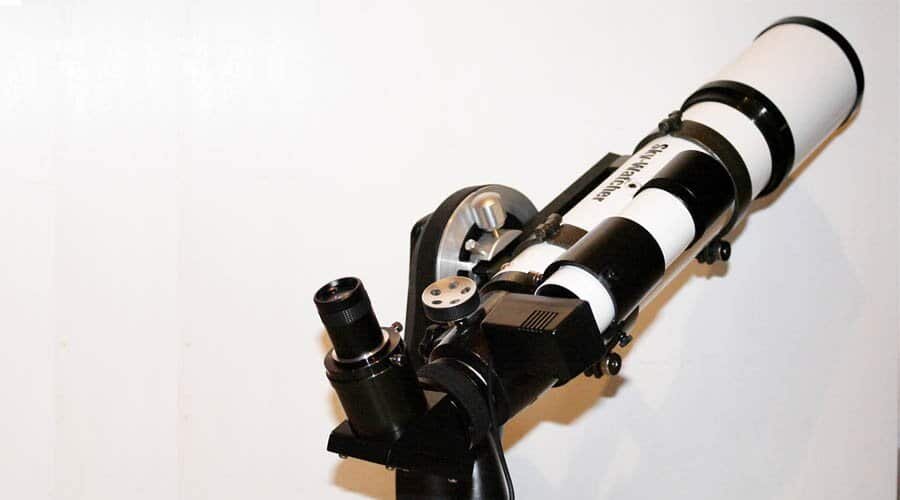 Celestron and Orion are two of the best known brands if you’re looking for a decent telescope. Not just for telescopes, but everything astronomy related in general, these are two of the brands that you’re going to come across most frequently.

If you don’t know much about astronomy, it can be really difficult to decide between the two. They’re both prestigious brands, and if you’re looking for a specific type of telescope, then one of these brands is likely to be a much better option for you than the other. So, if you’re trying to decide between these two brands, then which one should you opt for?

The reality is that if you’re looking for a drastic difference between these two brands then you’re unlikely to find one. Why? Well, it’s pretty simple – both of these brands have their telescopes made by the same company. Whilst Celestron are a subsidiary of Synta, Orion get their cheaper telescopes outsourced to factories in China and Taiwan.

Generally, between the two brands there isn’t too much of a difference, but I am undoubtedly an Orion fan for more expensive telescopes. I prefer the telescopes that they make, but theres also another reason why I tend to opt for Orion telescopes over Celestron.

So, one of the main reasons that you could opt for one brand over the other doesn’t come down to the specifications of the telescope itself, but more about the aftercare. By aftercare, I mean the customer service that you get after your purchase.

In the United States especially, Orion are known for having some of the best customer service around. However, this is only the case if you purchase your product new directly from them, so bear that in mind if you’re trying to pick up a cheap second hand scope.

In general, telescope companies are aware that you’re purchasing an expensive product. This means that they know customer service is super important, so for the most part if you’re buying a product new, they’ll be extremely helpful. So in light of what I’ve said, lets take a look at some of the best models each brand has to offer.

Aside from comparing Meade and Celestron, there aren’t too many other brands that are worthy of being mentioned when we’re talking about low priced telescopes. One of the best examples of this is the Orion Skyquest, which is a great option for entry level astronomers.

This isn’t the perfect telescope by any means, but it’s a good start, especially for young kids. It has a 4.5 inch aperture and a f/4 focal ratio, which isn’t powerful enough for in depth views of galaxies and planets, but it’s awesome for things like viewing the Orion Nebula. It also comes with a 6mm and a 17mm Kellner eyepieces, which are good choices for getting to grips with using a telescope in general.

It is truthfully a very versatile telescope that is best used with an eyepiece as mentioned, and can actually be paired with a strong Barlow lens too if you need high magnification. Unlike Meade instruments which often command a higher price, Orion have a good selection of beginner and premium telescopes to choose from.

For its price and size, it’s a safe bet. It’s very portable, which means that you can easily drive to areas where light pollution is a little better if you need to. Although it’s not top of the range, it’s a perfect telescope for entry level astronomers.

Both well known brands Celestron and Orion have been creating quality telescopes for many years. Celestron was founded in 1960 as a division of the Celestron company who had previously made juke boxes, sewing machines, and other home appliances.

They started off making Celestron model kits which were sold through hobby shops across America. The popularity of these kits led Celestron to begin designing their own telescopes that could be purchased directly from Celestron’s warehouse instead of having to purchase them through a kit. Celestrons most popular telescopes are:

There are a ton of other Celestron telescopes available, some of which have made my list of favorite telescopes. Amongst them is the NexStar Series, which has some of the cheapest computerized telescopes currently available.

The Celestron NexStar ranges from the 4SE all the way up to the 8SE, depending on how much aperture you need from your telescope. Generally, the 4SE is about half the price of the 8SE, so it really depends on what your budget can afford. But if you can afford it, the 8SE is of course the better option.

The NexStar series is one of the better choice for serious beginners because it’s really easy to use. It’s tracking system will allow you to automatically track down 30,000 different objects in the sky, which is really impressive. It’s also surprisingly portable and lightweight for such a bulky beast of a machine, so it’s undoubtedly worth considering this option if you’re looking for a decent telescope.

The SkyWatcher  is my favorite telescope for astrophotography, and there’s a few reasons why I’d opt to use it as opposed to others out there. the primary reason for this is that it’s one of the cheapest apochromatic (apo) refractors that’s currently available.

For astrophotography in particular, we really want an apo. This is because it helps to correct any abberations – think marks and color fringing – in your view. Whilst this might not be so important for regular telescope viewing, it’s almost an essential if you want high quality photographs.

Another reason why I like this particular model is that it’s really simple to use. It’s an 80mm telescope, which is ideal for those new to astrophotography. Even if you’re a novice, then you can set this model up with the AVX mount  and be good to go. So, this is a great option for budding astronomers.

All in all, it’s difficult to draw much of a line between these two. The main reason I prefer Orion is because although they don’t manufacture their own products, they’ll sort any issue you have without any quarrels. If you have a fault, they’ll send you a replacement and take it up with the supplier, which is pretty cool. If you want decent customer service, you might also want to look at the Meade brand.

This being said, Celestron do have some decent telescopes too, and I especially like the Skymaster Binoculars, which are some of the best entry level binoculars available right now. So, it really depends more on the model you’re looking at as opposed to the brand itself. But generally, you can’t go wrong with either of these brands.

2 thoughts on “Celestron vs Orion vs SkyMaster – Which brand should you opt for?”