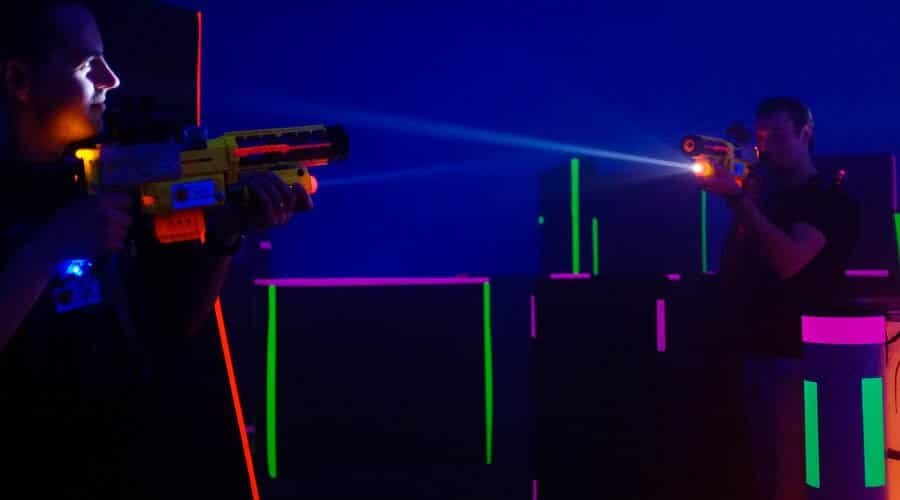 Capture the Flag is one of the oldest games that’s commonly played by kids worldwide. Whilst it isn’t necessarily associated with laser tag, there are ways that you can integrate the two together. Playing Capture the Flag Laser Tag is relatively straightforward. I’m going to show you how to play CTF so you can easily enjoy it with your family.

How to play Capture the Flag Laser Tag

Capture the flag laser tag is all about teamwork and strategy. When you play capture the flag there’s no clear winner until you have captured that enemy teams’ case or other type of container (the case has changed on different versions of CTF). The first team to get their opponents “flag” back to their capital wins and will receive bragging rights for at least another month or so 😉 . But enough already about how this game works, I’m sure you’d like to know how

How to Play Capture the Flag

Place the Flags at Opposite Ends of the Field

You can’t, however, hide your flag so that it’s invisible. If this opposition gets within the radius of your flag, then need to be able to see it.

Start within 10 feet of your flag

You can’t start wherever you want on the field. Each team has to start within a few meters from their flag to ensure that there’s no cheating or any advantage that can be had over the other team.

Signal to the other team you’re ready

Agree on the amount of lives

You need to agree on the amount of lives that each team has before you start playing capture the flag. Once you lose all of your lives, you’re out! So it pays to be conservative whilst you’re playing CTF.

The aim of the game is to get your opponents flag and return it to your own base. Of course in this time, you have to avoid getting shot by your opponent and losing all your lives. The first team to get the flag back to their base, wins.

How to Make Capture the Flag more fun

There are a few things that you can do to make capture the flag a little more fun.

Are there are Capture the Flag Laser Tag Sets for Sale?

One of the easiest ways to play capture the flag laser tag is by getting a laser tag set that actually features a complete capture the flag part. Currently, the only one of these sets on the market is made by Dynasty Laser Tag. They have a full set with a Capture the Flag additional part that you can play with. It’s a cool idea if you’re looking for a fun activity to play with the kids.

I’ve used the Dynasty Laser Tag set myself (though I don’t have the CTF set) and can attest that they’re one of the better laser tag set creators currently available. There isn’t an abundance of others available (apart from the Armogear Laser Tag Set).

Overall, whether you’re looking to create your own laser tag game or you want to purchase one ready made, you have the option to do either. They’re both viable options, but you don’t necessarily have to purchase anything extra to play Capture the Flag with your laser lag guns – you can do this yourself by making your own Capture the Flag game.