Since the earliest days of handheld consoles, mobile gaming has come a long way and today, everyone can get a premium gaming experience on the go which is why we have prepared a list of best budget tablets under the $200 will offer you the best gaming experience at that price point.

Starting with one of the cheaper tablets on the list, we have Lenovo tab 4 which comes with an Android 7.1 Nougat operating system and naturally, compete Google Play Store support. The tab itself comes with a 1.4GHz Qualcomm Snapdragon 425 processor and 2 GB of RAM which admittedly will not offer you the best gaming performance, but it will definitely get you your money’s worth.

The tablet also has an eight-inch screen that supports the maximum resolution of 1280 x 800 pixels and comes with two front-facing Dolby Atmos speakers. The battery life is also decent but there are a couple of downsides. The front camera is not that great and the internal storage is on the smaller side with only 16GB.

In conclusion, there are some downsides to Lenovo tab 4 and while this tablet is by no means a replacement for a gaming or any other laptop for that matter, but considering the price tag that comes attached to this tablet, it is more than reasonable to think that some corners had to be cut.

However, if you are not looking to play the latest and greatest video game titles that the Google Store has to offer, and are just looking for a device to watch a video on occasion or browse the internet with some casual gaming sprinkled in between other activities, and you want to pay as little as possible for it, then Lenovo tab 4 is definitely a tablet for you.

Coming in at number two is another very cheap tablet whose features make you wonder about the price being so low. Lenovo Smart Tab M10 is a ten-inch screen tablet that comes equipped with the Snapdragon 429 processor which won’t offer you the best performance available but it will serve its purpose.

This is paired up with an Adreno 504 GPU which significantly boosts this tablet’s gaming capabilities and while you won’t be able to run every game at the highest of graphics, for a $100, you will get your bang for your buck. The screen resolution is 1280 x 800 pixels which makes it feel a bit outdated and can seem somewhat grainy on such a large screen. 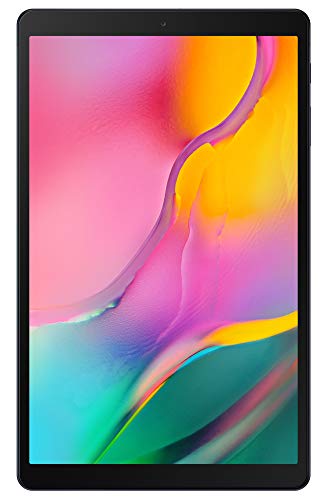 Samsung Galaxy Tab A is one of the best budget tablets that you can get for gaming. The tablet itself comes with more metal parts instead of plastic which give the user the feel of owning a premium item and when we lift up the hood, we are greeted with the powerful components that make this tablet one of the best budget gaming tablets. Inside, the tablet comes equipped with the Octa-Core Exynos 7904 processor which offers great efficiency and excellent performance.

It is configured to minimize background processes which would normally slow down your tablet’s performance and the support of a 32GB sd card allows you to expand your storage up to 1TB. The tablet also features external SSD and USB-C connectors.

Additionally, the Samsun Galaxy Tab A has a great battery life that will last you longer than thirteen hours on a single charge and the screen is solid and offers the user very sharp high-quality images.  Taking a look at the camera, it is admittedly not one of the best but it is pretty solid and the tablet as a whole feels like it is much more expensive than it actually is.

The only downside here is the 2GB of RAM which does somewhat impact gaming performance, but considering all of the other features that this tablet has to offer as well as the price tag that comes with it, the Samsung Galaxy Tab A is definitely a tablet that will give you the best bang for your buck.

Getting near the end of our list, at number four we have Fire HD 10 Tablet and it’s best selling gaming feature is its large 10.1-inch display that supports the full HD 1920 x 1200 resolution which is a lot better than our previous entries.

When it comes to what’s under the exterior, the tablet comes with a 1.8 GHz Quad-Core processor and 2GB of RAM which should be more than enough to run most games without any issues as well as 32GB of storage space. The downside of gaming on this tablet is that you only have access to the Fire store which offers fewer apps and games compared to the Google Play Store, but for the price of $150, we can’t really complain too much. 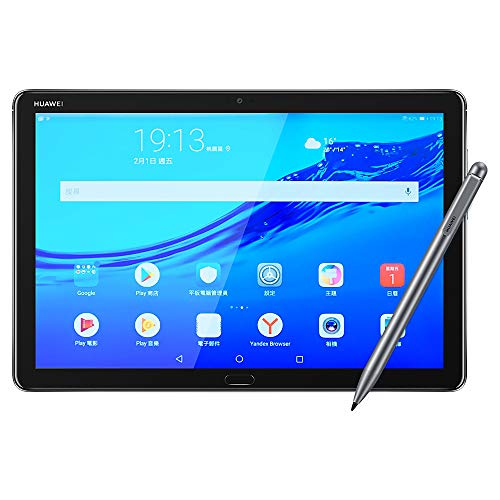 Finishing up on the high note with Huawei MediaPad M5 Pro which is the best gaming tablet on our list. The tablet itself has a large 10.8-inch bright screen which acts as anti-glare protection and it is all packed in a nice metal durable chassis which really makes the tablet feel durable and more expensive than it actually is. Looking at the screen, it can support up to 2K resolution and offers excellent quality of image which are both features of higher end and more expensive tablets.

Underneath, the Huawei MediaPad M5 Pro contains Huawei’s HiSilicon Kirin 960 Octa-Core chipset which will allow you to smoothly run the latest games such as PlayerUnknown Battlegrounds with very high framerates. When it comes to the built in speakers of the tablet, they offer an unexpectedly good audio quality however, there are some downsides to this tablet considering that we are working with a tight budget.

The first of those downsides is the front camera and at best its performance can be described as mediocre and at worst, far below that. But that again, this is not an important feature when it comes to gaming. Another issue that has brought many complaints for this tablet is the software it uses which can often times feel buggy and half-baked at best. Overall, it is one of the best budget gaming tablets considering the features it offers and the price tag that is attached to it.

If you are looking to buy a new tablet, there are a couple of things that you should be aware of which is why we have compiled a list of important aspects that you should consider before spending your hard-earned money.

Not every tablet runs on the same operating system. This is important because each operating system has its own software, applications, video games and other features. Whether you are using windows. iOS or Android, not all games are available for every operating system which is why you should check if the tablet that you are purchasing supports the games and apps that you want to use.

The CPU is the most important part of every gaming tablet. The higher the speed and the more cores your CPU has, the smoother your games will run on your system, so make sure that it can run the games that you want to play.

Everybody wants to have a more immersive gaming experience and a large screen will definitely provide you with that, however, having a very large screen with low resolution can make the game look grainy and make the game less enjoyable, which is why you should always look for a balance between these two features.

While all of the features mentioned above are important, for some users, size can be the determining factor when it comes to making a purchase. Today, tablets can range in size from just being slightly bigger than a standard mobile phone to being almost as big as a laptop and depending on what you will be using your tablet for, bigger is not always better.

As a general rule, bigger tablets tend to be more expensive and more often than not come with better hardware and are generally better for live streaming and playing video games but they tend to need more power and are harder to carry around. On the other hand, smaller tablets are a lot easier to travel around with and are generally better for reading, casual internet browsing and even streaming on the move.

Most people choose to stick with the standard tablet sizes anywhere between seven and twelve inches, but standards don’t always work for everyone so make sure to think about this before making a purchase.

Long story short, it will be extremely difficult to get a tablet that offers premium gaming performance at this price point, but there are more than decent budget tablets that will provide you with the ability to play most of the games with decent performance at the $200 price point.