Plus, a cheap monitor can be the perfect choice if you don’t want to spend a lot of money or you’ll only use it occasionally (pretty likely if you’re a Nintendo Switch or Wii U gamer). 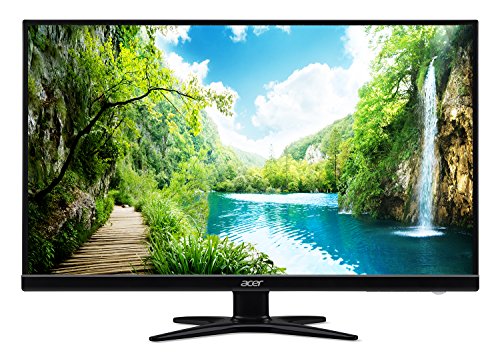 When it comes to getting the best of the best gaming monitors under $200, it doesn’t get any better than Acer G276HL Kbix. The monitor supports a resolution of 1920x1080p and has a refresh rate of 60Hz which is more than enough if you are looking to game on a budget.

The 27-inch screen size ensures that you have enough gaming space and workspace, and while the monitor can’t be tilted, it can be mounted using a standard VESA mount in which can invest somewhere down the line. It has its own speakers build in, which admittedly don’t provide the best audio experience, but then again, you are getting it because of its visual performance.

The adaptive contrast management ensures that you have a wide array of color shades and allows blacks to stay black and whites to stay white. What is good about this particular model is the fact that viewers can look at this screen from pretty much any angle and see the image without any issues thangs to both horizontal and vertical 178 degree viewing visibility.

The downside to Acer G276HL Kbix is that it offers no tilt whatsoever, but as we mentioned, it does support mounting so the users have the option to get a mount that offers tilting and can compensate for the lack of this feature. 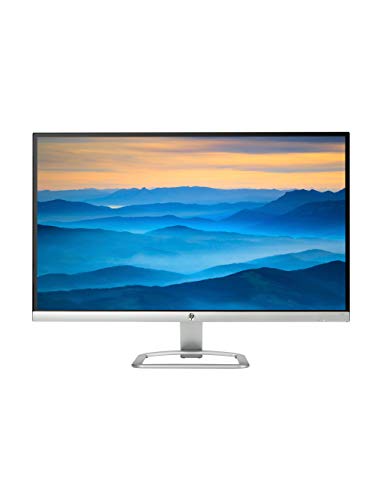 HP 27er is second on our list and sports a 27-inch an-glare screen panel as well as LED backlighting. The monitor’s design is thin and sleek and looks great from every angle, and its stand allows tilting between -5 to +25 degrees. The monitor supports a max resolution of 1920 x1080p just like our previous entry but it does have a slightly higher response time of 7 milliseconds.

It comes with integrated speakers that are not the highest of quality which is the case with most integrated monitor speakers and has two HDMI and a single VGA connector. Since the HP 27er comes with an IPS screen, it can be viewed from practically any angle without any problems. Furthermore, the screen itself contains an anti-reflective coating to make the viewing experience much more enjoyable.

When it comes to downsides, there are a couple things that can turn away some users, but considering the price tag and what we have seen so far, it is natural that some corners had to be cut. The first thing that can be considered a downside is the fact that the screen doesn’t support VESA or any other kind of mount which means that you are pretty much stuck with the monitor stand which comes in the box with the monitor.

The second issue is that if the user is sitting very close to the monitor, the image sharpness degrades which is due to the large screen combined with a relatively low resolution to itself, but once again, considering the price of this monitor, not everything can be perfect.

Coming in third on our list is the BenQ GL2760H which features a 27-inch screen and supports the 1080-p Full HD resolution. This particular screen is great for both gaming and office use and features a very low response time of just 2 milliseconds but for those who spend a lot of time in front of their screens daily, it comes to equip with the low blue light technology and ultra-high contrast ratio to minimize the strain on the eyes.

The monitor stand can tilt between -5 and +25 degrees just like most other entries on this list. When it comes to ports and connectors, the BenQ GL2760H comes with a single HDMI port, a single DVI port, one D-sub and a headphone jack which is more than enough to support any budget or higher end gaming machine.

Additional features of the screen allow full visibility from up to 170 degrees horizontally and 160 degrees vertically as well as flicker free technology and a low blue light filter that helps reduce the strain on user’s eyes. 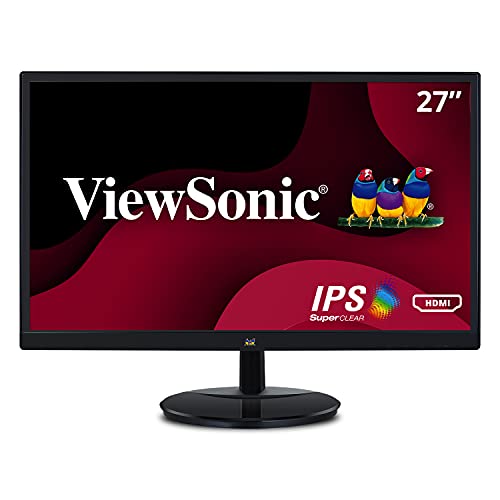 Our fourth spot goes to ViewSonic VA2759-SMH with a frameless design from one edge of the 27-inch screen to the other. Admittedly it is not the best budget gaming monitor that you can get due to its high response time, but if you are just looking to use something for occasional gaming between longer work sessions, it will get the job done.

Just like all other entries, it supports full HD resolution and a refresh rate of 60Hz. It also comes with two integrated speakers which admittedly don’t offer a top notch audio experience, but they are better than nothing, especially if you are building your gaming rig on a tight budget and need to pinch pennies.

The screen itself contains an IPS panel which allows the user to view the screen from pretty much any angle with no issues, and the backlight feature that the monitor comes with will make sure to give you a true gaming room vibe. 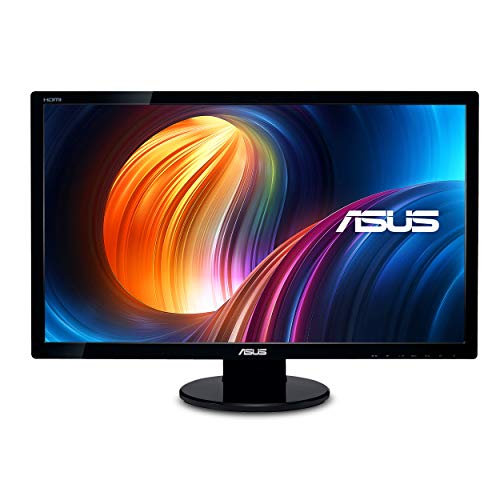 ASUS VE278H comes in at our final spot but is actually an excellent gaming monitor. Alongside the huge 27 inch screen, which makes it a great gaming monitor is its low response time of just 2 milliseconds.

Its maximum supported screen resolution is the same as all our previous entries which is 1920x1080p which is sufficient for budget gaming and can be viewed from up to 170 degrees horizontally and 160 degrees vertically which is slightly worse than our previous entry, but considering that the panel is not IPS, it is still pretty good.

The stand that the monitor comes with allows tilting of the screen between -5 and +20 degrees and the LED backlight will make sure that your room gives off a movie theater vibe when you are watching your favorite movies on it. When it comes to connectivity, the ASUS VE278H comes with a two HDMI ports and a single VGA port which will allow you to hook up both older and newer GPUs to it.

Buying a new monitor is a big thing, and although we have tried our best to review the above-mentioned products, you might still have some questions on your mind. This is why we are also providing you with a list of things to consider when you are buying a new monitor.

Things have changed since the early fifteen and seventeen-inch CRT monitors and nowadays, it is very common to see a monitor that is larger than 27”. While most common sizes are between twenty-two and twenty-four inches, many bigger ones can be found at an affordable price. Screen size is a very important factor when buying a new monitor as larger screens will provide you with more workspace and will put less strain on your eyes.

Screen resolution is another very important factor and it is basically the number of pixels that you monitor can display. The larger resolution will make your image sharper, and while screen resolution can widely range, most of the monitors have adopted the 1920 x 1080 pixels as a standard. Keep in mind that doing things in higher resolution is more taxing to your GPU, so you should definitely take that into consideration when buying a new monitor.

One more thing that you need to pay attention to if you are going shopping for a new monitor is the video inputs. What you want to generally do is match the monitor’s video inputs to those on your graphics card to make sure that you can connect them. While there are different adapters that you can purchase to go around this problem, different connectors perform differently, and this can impact your decision.

In conclusion, having a 27-inch monitor provides you with plenty of gaming or working space which you can fully utilize and resolution, refresh rate and numerous extra features such as G-Sync and FreeSync directly impact your gaming performance, so you make sure that you choose the one that is best supported by your GPU and best fits your gaming needs.