Acer and Asus are two of the biggest brands in the computing industry. And whilst you’d be mistaken in thinking they’re very similar, there are some differences between them that you should be aware of before you settle on either brand.

Both Acer and ASUS laptops have their benefits. But which of these is the better brand for someone looking for a laptop? Well, let’s compare the two brands and see which one is better.

Acer vs Asus – Which Models Are Best?

In the battle between Acer and Asus, generally Asus is considering the better brand. This is primarily due to the quality of the laptop, which tends to be better than Acer according to most users. Plus, Asus gives the best customer service experience too.

Acer and Asus are two very well known brands when it comes to laptop computers. Acer is a Taiwanese computer brand while Asus is Taiwanese-based but Chinese-owned. Acer has since expanded into other areas such as smartphones, PDAs, etc.

They are still very much present in the laptop market and their Acer Aspire laptop series of notebooks command a loyal following around the world. When it comes to finding a budget laptop, they’re very hard to beat for value.

How do Acer and Asus compare when put head to head? Acer’s laptops have an average price point of $500-$1200, ranging from low to high end models with various options on number of cores (dual core or quad core), memory (4GB up to 16GB) , storage space (HDD/SSD capacity), screen size, graphic card power and design type (ultrabook or typical laptop).

The Acer Aspire is Acer’s biggest seller, and there’s a pretty good reason for that. As a standard day to day laptop for the average person, it’s one of the best options on the market. It has a strong build quality, an above average battery life and a full HD display.

The main reason that the Aspire series has become so popular is likely just because of it’s sheer value for money. You can typically pick up an Acer Aspire for between $3-500 dollars, often making them a much more preferable option than a Mac or something that’s typically going to cost double or treble this price. It’s difficult to talk about the specs of an entire range, but typically the Aspire range is targeted at budget consumers.

The best example of this is the Acer Aspire E15, which has turned out to be one of the best cheap purchases of recent years – it’s one area where Acer outperforms ASUS. The E15 has good performance, is super cheap and the battery life is awesome, which are usually the most important criteria for most people.

On the downside however, as with most cheap laptops, the laptop itself is heavy and poorly designed, making it a bit of a burden to carry around with you. The internal parts aren’t the best either, with an average graphics card and like a quad core processor. However for the price, it’s difficult to argue with the E15 as being one of the best options for those on a small budget.

They also have a pretty good range of desktop computers that you can check out too, though most people prefer to stick to a laptop instead. An example of one of their bestsellers is the Acer Swift, which has a long battery life and a whole lot more to offer. 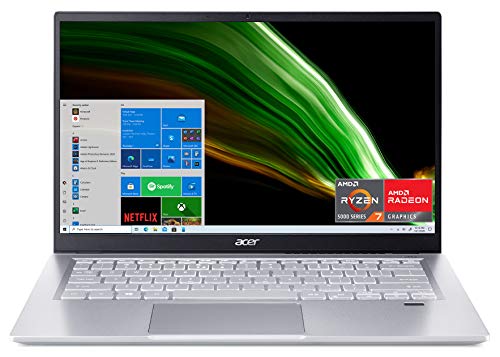 After the Aspire series, there are not that many different models worth considering within the Acer family in my opinion. However, one that I’d undoubtedly recommend checking out is the Acer Swift 3, which is one of the lightest laptops on the current market.

Although the Swift 3 doesn’t look like anything special – in fact, that’s probably my biggest criticism of it, that it doesn’t give us anything new and the design is well, just basic and standard. However, it does pretty much everything else really well. The first thing to mention is the battery life, which surpasses many other laptops within the same price range. You’re likely going to get 6-8 hours battery life out of the Swift if you’re just watching movies or surfing the net.

As well as this, the Swift 3 is also the thinnest laptop on the market currently, making it an excellent choice for students. Although the thin design might make you think that it doesn’t have the power to compete with others out there, it’s definitely not a good idea to overlook the Swift 3.

Moving onto some of the best Asus models, you’re unlikely to find a better value for money laptop than the Asus Chromebook series, especially the C434 which was released in 2019. In comparison to other brands and competitors, you end up getting a much better laptop at the same price.

If we take a look at the C434, then it’s pretty easy to see why it’s become so popular. It’s also referred to as the Flip because it’s a 2-in-1 laptop – this means you can easily use it as a tablet too, or you can ‘flip’ it around into what’s known as tent mode. This makes it a great choice for anyone who watches a ton of movies, as you can set the Flip up on your desk and watch it at a decent angle.

It’s not only the shapeshifting abilities that are impressive about the Flip – the design of the machine itself is also excellent. It’s within the low to mid budget range for a laptop, though it looks and feels like something much more expensive. Although Asus do make some good gaming laptops as well, they are better known for their good value – with the Chromebook being a perfect example of that. 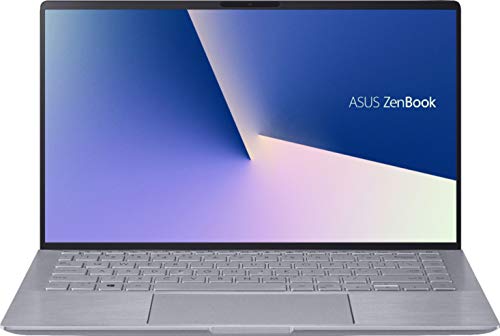 It’s only fair if we’re looking at lightweight laptops like the Acer Swift to mention another slim favorite amongst travellers, commuters and anyone who’s going to be carrying their laptop around with them a lot. Of course, I’m talking about the aptly name Zenbook.

The Zenbook is generally the level above budget range, so you’re going to be looking at investing a little more than you would with a typical cheap Acer or Asus laptop. However, you are getting more for your money. For example, the Zenbook 14 comes with a screenpad, so essentially you can use the screen as a touchpad too (like a tablet).

And whilst it’s light like many other laptops out there, you have enough computing power to play HD games on it too, which anyone who’s used a cheap laptop can tell you, that’s not usually possible. So overall, the Zenbook provides another awesome Asus option to choose from.

Now, let’s take a look at two models from each brand that can be considered direct competitors to each other. Whilst both of these laptops are very similar prices, there are some differences between them that might make one of them more suitable for you than the other one. They both use good Intel i5 core processors, which makes them an even match up for each other.

The specs themselves are almost identical, and everything from the GPU to the screen, they go pretty much blow for blow in terms of how equal they are. The Asus come with a 1TB hard drive, which is something you’ll need for most laptops. It’s hard to find many differences between these two models in terms of performance, as they are pretty equal.

One of the main differences between the two if that the Asus is 30% lighter than the Acer – they manage to pack the same amount of power into a much smaller package, which is typical of

Asus (or perhaps more typical of big, bulky Acer’s!). All in all, from a perfromance perspective, there isn’t a great deal of difference between these two. But from an appearance perspective, the Asus has the upper hand, which is standard for their laptops.

Pros of the Brands

All in all, we can break both brands down and look at the pros of each to determine which areas they are strong in, which can help determine your decision. Of course, it’s difficult to generalise across an entire brand,

One of the main problems with both of these brands actually is the lack of customer service. They’re both known for having pretty poor after sales support, which is one reason why you might want to look at another brand. If you want the best customer support possible, then it’s better to look at brands like Dell and Lenovo.

If you’re thinking about purchasing a gaming laptop and are considering an acer laptop or an ASUS laptop, I’d advise that you opt for ASUS. ASUS have made some great gaming laptops recently, including the ASUS Rog Zephyrus.

This is a high end model, with quad core processors (Intel i7 core processors). It also has an increase screen size that’s full HD, so you can really go wrong with the ASUS Rog Zephyrus. 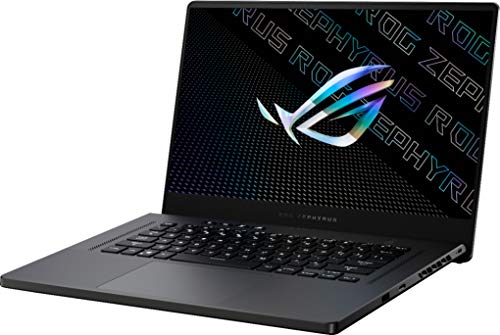 However if you’re definitely going for an Acer laptop, then check out the Acer Predator series.

Acer vs Asus – Most Common Questions

Which brand is best for gaming laptops?

If you are looking for a gaming laptop, then typically Acer and Asus aren’t the brands people start with. Comparing them to each other, both offer very similar specifications and it’s difficult to say one company produces better gaming laptops than the other. If you’re searching for ultra thin gaming laptops, then ASUS may be the better choice of the two.

Why are Acer and Asus laptops so cheap?

There are two main reasons for this – one being that they use cheaper components than other laptops brands, and secondly brand value. Brands like Apple and HP can charge more for their laptops because of the brand and how users perceive it. They are generally considered to be amongst the most affordable laptops when compared to the big laptop brands.

How long will the battery last?

This will vary from model to model, but generally the battery in Asus and Acer laptops is anywhere from 8-12 hours without charging. Smaller models may be less than this, so it’s important to check reviews beforehand. The truth is that Acer outperforms Asus when it comes to battery life, with the best ASUS laptops lasting in excess of 14 hours.

Are Acer and Asus the same company?

Both companies are Taiwanese, so many people ask whether they are the same company. Acer was started in the 70s, and Asus was started more than ten years later in 1987 by former Acer employees. So, it’s easy to see why there’s a battle of Acer vs ASUS laptops.

Can Acer and Asus laptops be upgraded?

As with most good laptops, you can upgrade most models of Acer & Asus laptop, especially the more expensive models. If you want a high end gaming laptop, then the likelihood is that you’ll have to update your device at some point.

Overall, Asus is the clear winner if you’re looking for the better laptop brand. Their customer service is better, and the quality of the laptop is typically better in most of the models. The ASUS design team have created some amazing high end laptops that can compete with the best of them.

In general, Asus is considered to be the more expensive and slightly better quality of the two brands. In the past though, Acer have had a better reputation with their customer service, and this hasn’t stopped them becoming one of the bestsellers of Chromebooks. So, there has to be something about Acer that keeps their happy customers returning.