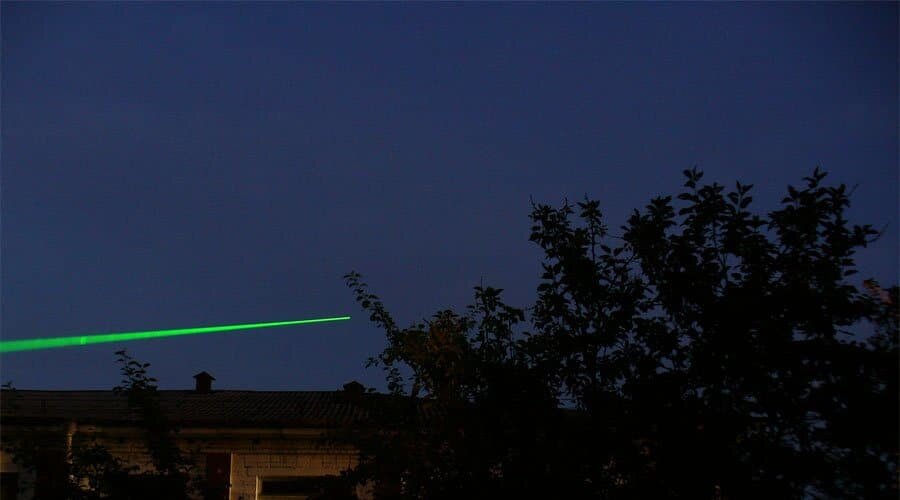 Whether you’re just looking for a laser pointer for a simple use or you’re an experienced laser user, it’s probably worth checking out some of the cool alternative uses that can be used for lasers. And if you’re a laser nerd like me, then you’ll probably want to try some of them out too!

It seems now in more recent years that one of the main uses of laser pointers has become their use in presentations. Laser pointers allow a presenter to easily point out what they are referring to on a whiteboard or projector.

Informative Presentations – There are many different ways to use a laser pointer in school presentations. One way is to point out things on the board as you talk about them; this helps your audience see what you’re talking about. You could also hand out laser pointers to everyone in the class, and then challenge students to ask questions and “point” at appropriate moments during your speech or lecture.

I know, I know; kinda boring. But if you think about it, lasers have helped reduce the need for movement within individuals. This may not effect able bodied people that much, but for disabled people this can be a lifesaver.

You could look at getting an excellent laser pointer for amateur astronomers. They can help you get used to learning what the stars are and what each of them really mean. If you’re thinking about learning more about astronomy, then you could consider picking up

Not only for beginners, but green laser pointers are still used by lecturers and astronomers to help dictate their findings to students. High powered lasers are obviously a necessity if you want to be able to pick out stars in the night sky, and the output power is something to consider too – especially because there are limits in certain countries and not others.

Whilst it might not be the small 1 mW laser pointers that you’re thinking of, larger laser pointers can definitely be part of an awesome light or laser show.

Although you might think that laser light shows originate with techno music, you’d be mistaken. Pink Floyd can undoubtedly be attributed with popularising laser light shows with their awesome concerts back in the 70s. If you get a chance, you can see the laser light show dedicated to them touring globally.

Probably two of the biggest sci fi nerd fantasties – lasers and robotics – are still used together to research new and inventive technologies. If, like me, you think that insect sized laser powered robots are super cool, then you’ll understand the necessity for combining both lasers and robotics together.

Not only in robotics, but lasers are used a lot within other industrial research and educational fields.

Not only now, but lasers will be a huge part of the future of weaponry within the armed forces over the coming years.

You may or may not have heard about Dragonfire – the UK laser weapon being built to take down airplanes. Laser pointers themselves will also have an increased place as used for aims, which they currently still are.

Lasers can be also used for general entertainment. “I wonder how far this laser will reach?” is a commonly said expression amongst laser enthusiasts. Just remember to play safe with your laser pointers when you’re using them.

Aside from the regular more well known uses for laser pointers, there are various other uses that you may not know about. From using a laser for camping to cleaning your fish tank, these other options give you a pretty good idea of why I’m so obsessed with lasers!

Visual fault locators are an essential part of a fiber optic technicians arsenal. These VFL lasers are used to help identify weak points in the fiber optic cables, which saves the technicians time and gives them the opportunity to repair the cable easier.

With the usage of fiber optics increasing, this is something that’s only going to increase in popularity over the coming years.

I’m a big fan of light painting in general. It’s a type of photography where you combine night landscapes and images with handheld light sources.

This isn’t just some new trend – it’s been around for well over a century and was further popularized in the 1940s.

Similar to giving presentations, lasers are at home in the hands of warehouse managers and workers alike. The shelves are too high to simply touch/point out stuff, so keep a laser pointer on your belt and make life easier.

If you’ve ever worked in a warehouse, you’ll probably be aware that laser pointers are often used to point to inventory on high shelving units. Again, this is another example of laser pointers being used to help reduce stress and increase understanding amongst people.

Of course, you’re probably aware that using a laser pointer with your cats and dogs is a good way to keep them stimulated. Though not all laser pointers are ideal for this, so it’s important you get the right laser pointer for your furry friend to ensure you’re not going to damage their eyes.

Believe it or not, getting rid of birds is a relatively big business – think rodent extermination. Birds often manage to get to high and awkward places that we can’t reach, which is why a good laser pointer can be extremely handy in getting rid of them.

Of course laser security systems are a pretty well known use of lasers in general. But have you ever thought about using a laser pointer to scare away intruders?

Often, a burglar will panic and run away at the first sign that they know someone is present. Using a laser pointer can be a good way to indicate to the burglar that you’re there without physically having to see them.

Laser pointers can also be a great way to clean the algae and aiptasia from an aquarium. This has become more popular in recent years, and looks likely to continue in increasing popularity.

Check this video out if you want to see someone cleaning the aiptasia from their tank!

There are many different ways that you can your laser pointer whilst you are camping. You can use a pointer to start a fire, to signal for help or a lesser known reason could be as an illuminative.

Laser pointers can be a good substitute for a flash torch if you don’t have one available.

Starting a fire is not only something that you can do whilst camping. High powered laser pointers can often be used for starting fires, but this isn’t something I’d recommend if you’ve never done this before.

Boy scouts have been using laser pointers for years to indicate to fellow scouts who are long distances away. Whilst you might not think about them being used in close proximity, if you’re up in the hills and mountains then laser pointers can be a good option to send signals.

Scaring out animals whilst hunting

I don’t advocate hunting – it’s not my thing. But occasionally hunters will use laser pointers to scare animals out of hiding – particularly things like ducks and other birds.